I understand that you didn’t charge any fees for your healing services.  You clearly volunteered your time, talents and energy to healing. In having this arrangement with your visitors there could be no accusation that you were trading on other people’s ill fortune.

You were also offering an alternative economic model.

I am not sure if items like food and clothing were offered in return to good health you brought to your visitors. I expect there was the odd dozen eggs, bottle of whisky and useful intel a model of exchange that was both barter and currency in its own way – and all this a long before LETS was created.

Regardless of the complexion of the Feakle stock exchange, your intention was gift – a priceless transaction.

The gift economy has always been a fascination for me. I remember being  captivated by  the new feminist economics of Marilyn Waring’s  work Counting for Nothing  back in the late 1980s and Hazel Henderson’s The Politics of the Solar Age. Coupled with the work of Lester Brown’s Worldwatch Institute and encouraged by a book called Quantum Carrot by Branton Kenten, I was drawn to ideas and models that offered inclusion and dismissed dualism as an unhelpful way of understanding the present and being redundant in any sustainable future.

These influences shared a common idea old measures of economics needed to give way to new ones that factored in relationships and the environment. They heralded a message that measuring value is beyond money – time to appreciate the gift and the giver, and this includes Mother Earth, the common goods we all inherit like air and water.  Rachel Carson predicted in the 60s (The Silent Spring) long before the release of this year’s temperature results, a time of environmental challenge. Her work was both clarion call and crystal ball, demonstrating that predicting the future is a mix of reading the signs of the times; having a deep connection with those signs and times; and being able to interpret and discern what needs to be announced and denounced so that changes might be accommodated.

My hunch is Biddy, with all the people who passed through your home, you would have built up a considerable amount of data that enabled you to be the futurist some people claimed you to be, as accurate as the meteorological instruments that brought today’s news of temperatures rising.  Your advice from time to time would have probably raised the temperature too! You also demonstrated that not putting a price on a transaction made it more valuable and perhaps too was a deep acknowledgement that you were merely the host bringing the herbs to your visitors and therefore it was not right to take money as the plants would have had no use for cash.

From Nostradamus to Toffler there have always been predictions of what the future will bring for this planet and its peoples.  Predicting the future is often left to the gamblers and the elites, yet the real work comes from the collective.  The movements of people all around the world who don’t predict the future they make it. They make the future together by volunteering to build the future they want to see, who freely give their time, talents and energy to translate their values into planting trees, saving endangered species, teaching children to read, fundraising to build a hospital, mobilizing for democracy on social media.  As Paul Hawken has described in Blessed Unrest, this is a planetary phenomena of joined up actions creating one movement. 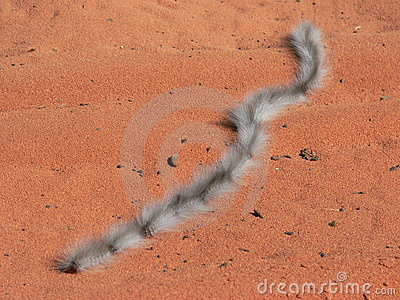 Once when I was in the Red Centre of Australia, just inside the Uluru National Park I saw this amazing line of each caterpillar appeared to be joined at the head and end and looked like one single living organism. Yet all were entirely separate and  confidently going in unison to their next destination. (I understand this is called processional behaviour and up to 300 caterpillars can be in one trail. The one I saw stretched about 10 metres.)

This is what I think is happening: an international collective consciousness to work together for the common good of our species and our planet and I am deeply heartened by it. We form a single entity made up of independent actions. As we grow and move together, if one of us falls by the wayside, gets eaten by a predator or interrupted by an unwelcome stick or stone, another one or even two takes our place and we keep travelling on.

We make the path by walking it and the future in the same way – it is an act of co-creation – sometimes not entirely visible to all of us. There is no monetary exchange or bodily fluid exchanges between the caterpillars and the first one in the line has no idea how many there are behind nor does the one in the middle know how many in front or behind.  There is implicit trust that all are on the same journey.  For those who came to your door Biddy I expect no one was quite sure who was before them or after them, but all held a trust in you that you knew what you were doing, based on your skills and intimate knowledge and connection with all that is animal, vegetable and mineral.  It is said that you were regularly “away with the fairies”, in my mind, you were probably consulting the invisible world so the harvest of your consultations could be used with the mere mortals you ministered too.  I am not so sure that is too different to how the likes of Marilyn, Hazel, Lester or Branten were, they consulted facts, figures, studied systems, people, practices and put their minds to matters of society and economics. By their words and works each have denounced dualism and a set of accounts based entirely on money changing hands.

The gift economy is a treasure and your refusal to accept money for your deeds of kindness and foresight offers a counter-culture to the ledger that operates in most transactions. By your actions you invite us to consider what it means to receive as well as to give.  I suspect that you received information, news, gossip, connections and had access to diverse networks and this enabled you to build up your intelligence about all that was happening in the society, politics and the economy.  As you learnt more you were able to detect trends, analyse situations and anticipate leads or threads. This accumulated and considered wisdom was your currency  It protected you when you were accused of witch-craft. My hunch is that is also fed  and clothed you in the lean times.  This was your wealth.

These days such connectivity maybe subject to monetary trade and yet never before has it been more freely given.  A question out to the twittersphere can yield contacts and results; a whole community tweeting can bring about a revolution. A high yield individual in social media is someone with millions of followers on twitter or fans on Facebook even though they may be immateriality wealthy, their influence is highly valued and if they endorse or interact in some way the value of the entire conversation is raised.  The future is being self-organised, like the caterpillars, each individual effort being added a new path is created and is revealed as the journey is made.

There are many ingredients in the gift economy – volunteering, caring, sharing, barter, exchange – they are all a part of this deepening where what is measured and valued is beyond the financial markets.  This is not news to you Biddy – you were one of the trend setters.  By not accepting money you, Biddy Early, created value and lived an ethic of giving.  An alternative economic model always scares the horses, so no wonder you found yourself in trouble with authorities from time to time.

There is no price we can put on beauty or health – it is all gift. Mediating that gift and making it visible in ways beyond the bank balance is the task at hand as our planet seeks to be healed and the healers are already at work in the dynamic and varied caterpillar trails all around the world. 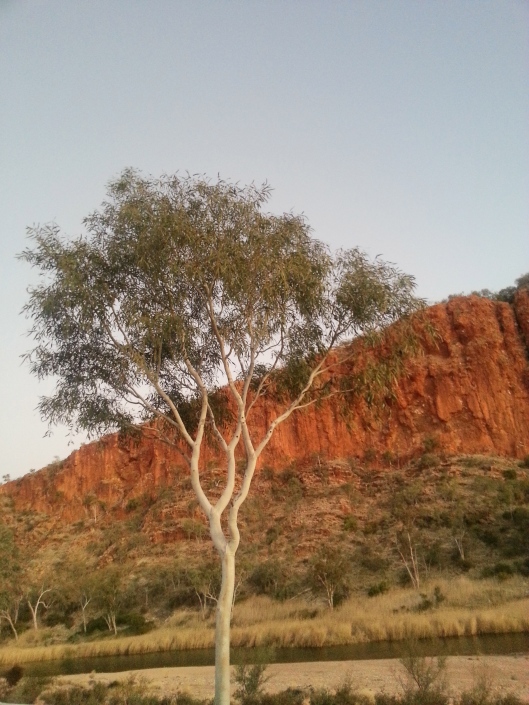